This site uses cookies to deliver its services, to personalize ads and to analyze traffic. By using this site, you agree to its use of cookies. Learn more 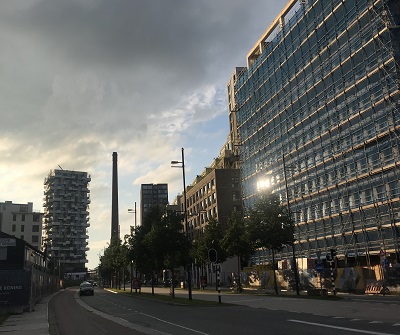 By its decision, the CNB confirmed its expectations regarding the increase in the base rate. After more than a year of declining rates, the situation reversed this spring and interest rates began to rise sharply. The prices of basic inputs are rising as well, including building materials. The future rise in real estate prices may be largely conditioned by the current prices of raw materials that will be used in construction.

The growth of inflationary pressures and the current situation of the Czech economy may lead to a further increase in rates and tightening of credit conditions. The CNB justifies the rise in interest rates by returning interest rates to pre-pandemic levels, as low rates were intended to support the economy, especially in times of crisis.

Banks are already raising interest rates on new mortgages. Only exception is the ČSOB Group, other have decided to increase their rates and prices. With the rising rate on the interbank market, interest rates on loans are also rising. If the base interest rate and the price of money on the interbank market continue to rise, this will affect the further rise in prices of mortgages. Rates with a five-year fixation are currently starting to approach three percent in some banks.

We work together with banks